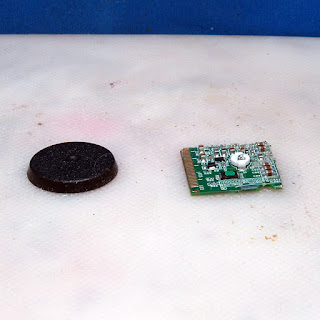 I have been collecting pieces of computers for awhile now with the intention of making a nice piece of terrain out of them, unfortunately I never seem to find enough time. This made me think about something smaller in scale that would demonstrate the potential of computer bits. My idea for the base was to make it look like the model would be walking in an abandoned, rusted Space Hulk corridor.

I started off by cutting a small piece from the motherboard about the size of a 20mm base and primed it black. 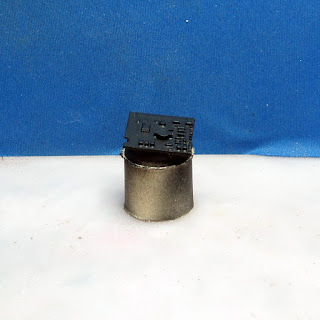 I then painted it Dark Brown. 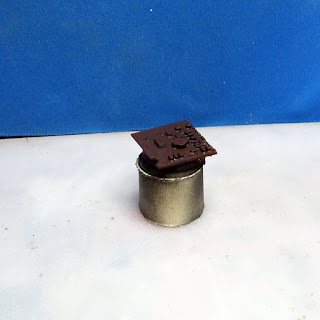 Next I painted it with my Verdigris mix that I use for my Minotaur Space Marines, leaving some of the Brown showing through. 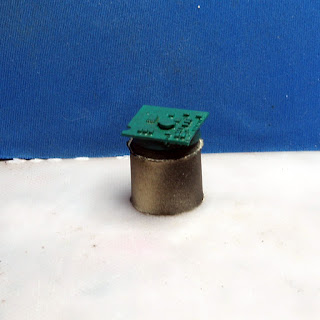 I then washed the base with my custom Rust mixture. 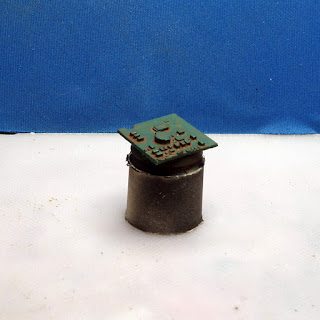 At this point I liked what I had, a nice rusty, corroded look.

After looking at it for a bit more I felt that I wanted to have some 'metal' showing through. I thought about just giving it a drybrush with Boltgun Metal which would give me the edge highlight I was after but then not the metal 'undertone' I wanted.

At this point I decided to start over and use a metal colour for the base instead of the dark brown. See next post to see how it works out.