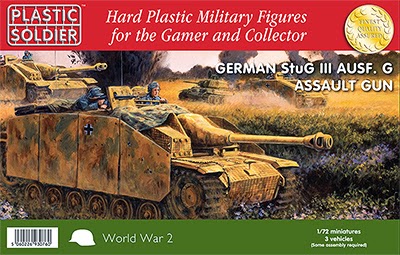 After I finished painting up my Flames of War 15mm starter set I sat down and thought to myself.. I cant sit and get through any more of this, the scale is just way to small for me to paint up and enjoy my hobby. The miniatures themselves are superbly detailed which makes it even worse because I would like to do them justice.

Next step was to sell off my Open Fire set, which went pretty well on eBay, and to look for something a big bigger. I had my eye on Bolt Action and I love the scale of 28mm, very familiar to me. However I think the battles are quite small and you cant field the sort of mass army like you can in Flames of War.

I finally settled on 1/72 scale, slightly bigger than 15mm so easier to paint for me, but small enough to fight nice big battles if I want. I have no problem playing Bolt Action Rules with 1/72 scale. I found excellent value kits at Plastic Soldier Company and grabbed a box set of the German Stug and set about painting it the same way I did the Flames of War Stug with the exception of the primer and base coat which here is grey. 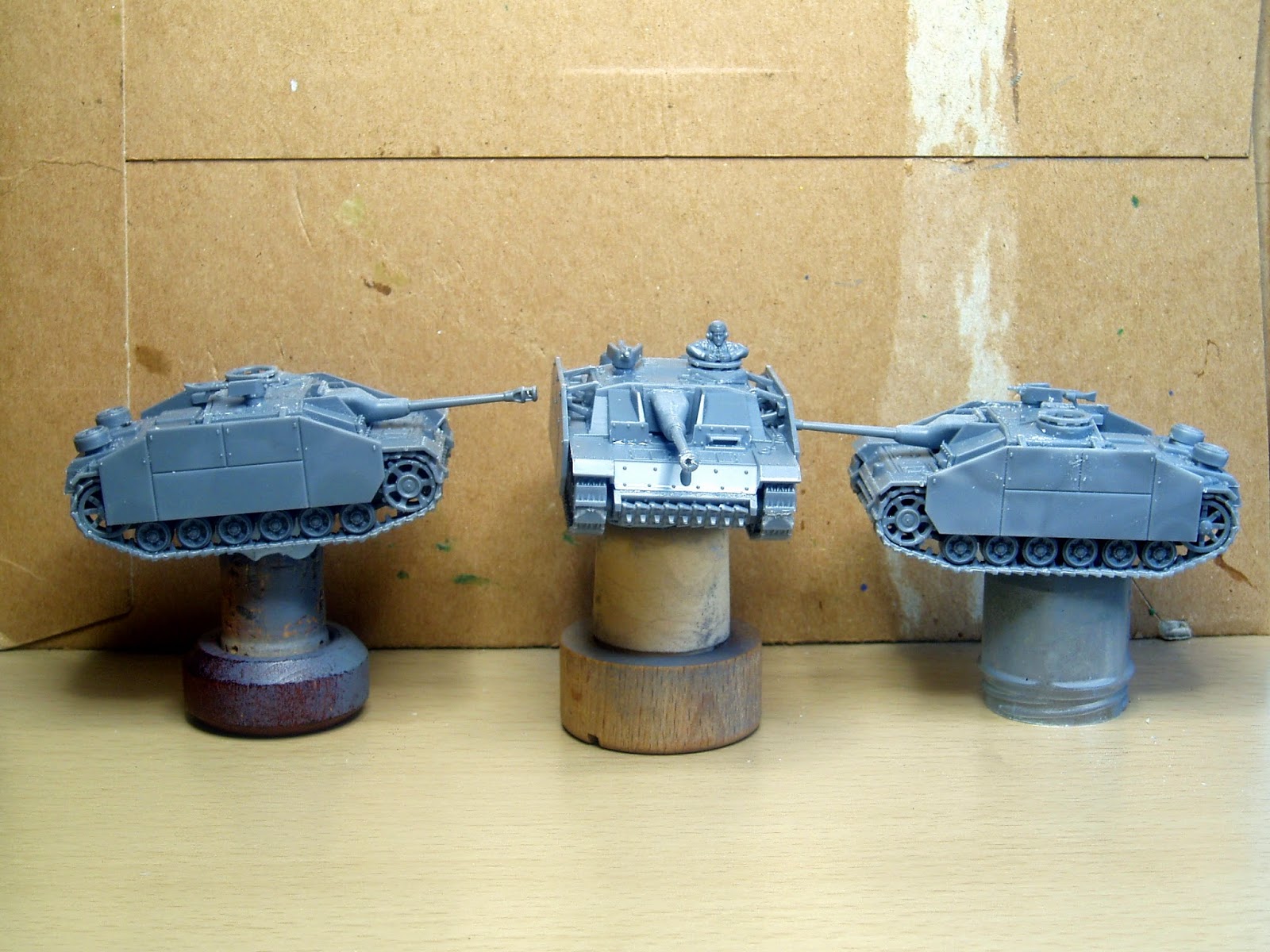 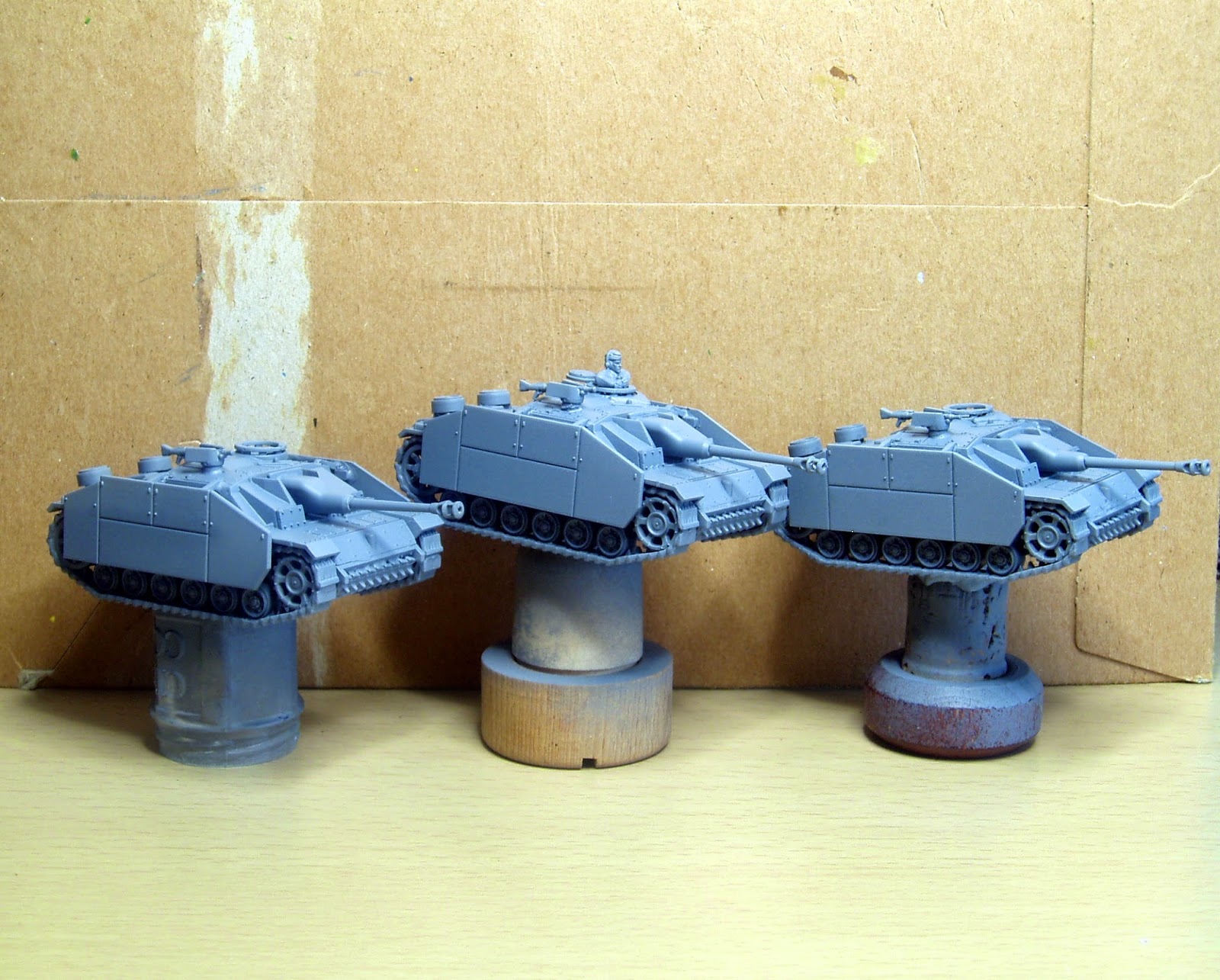 I then painted the base colour a GW Bubonic Brown which is more of  a yellow than brown. 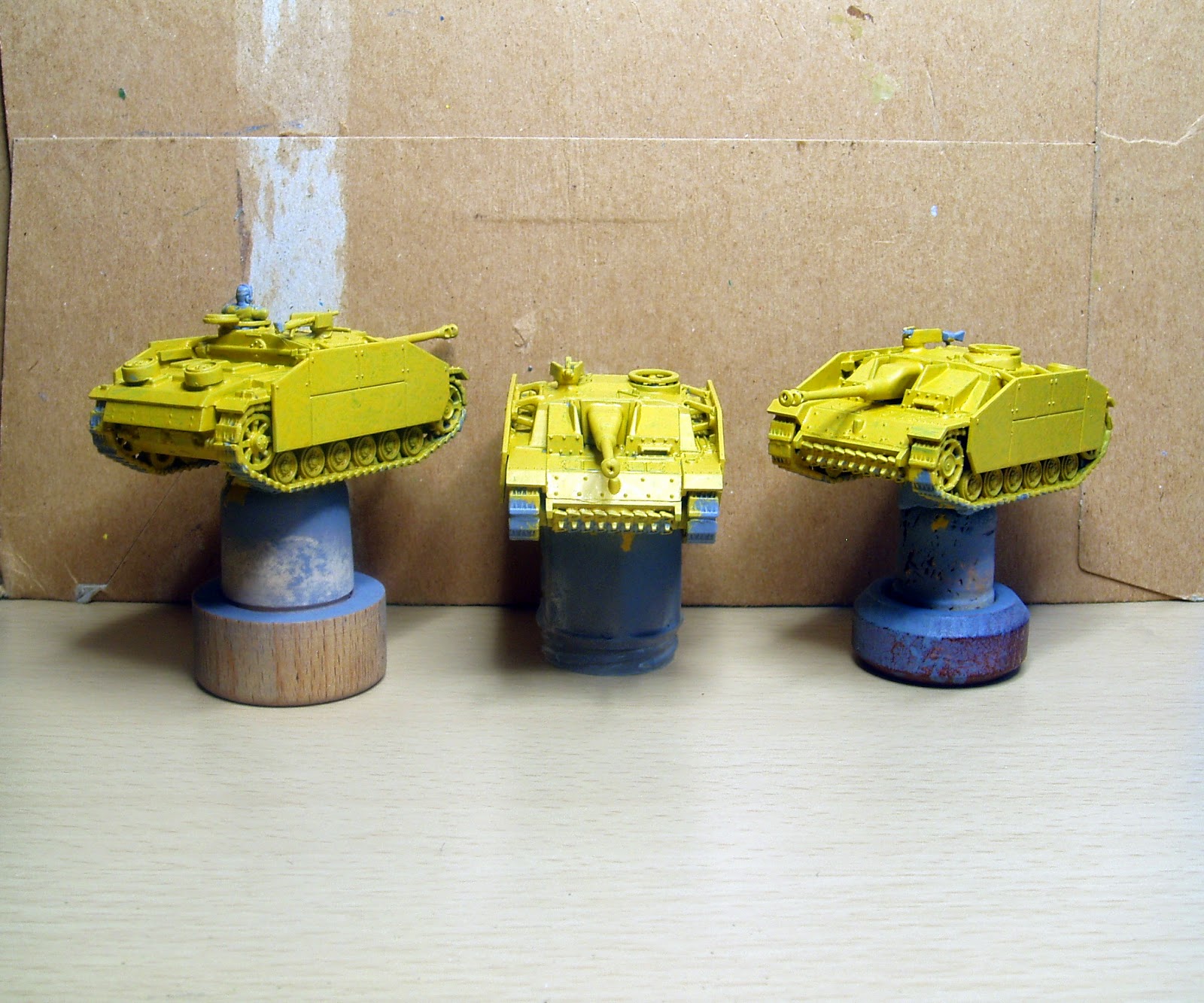 Next layer was Valejo Middlestone. 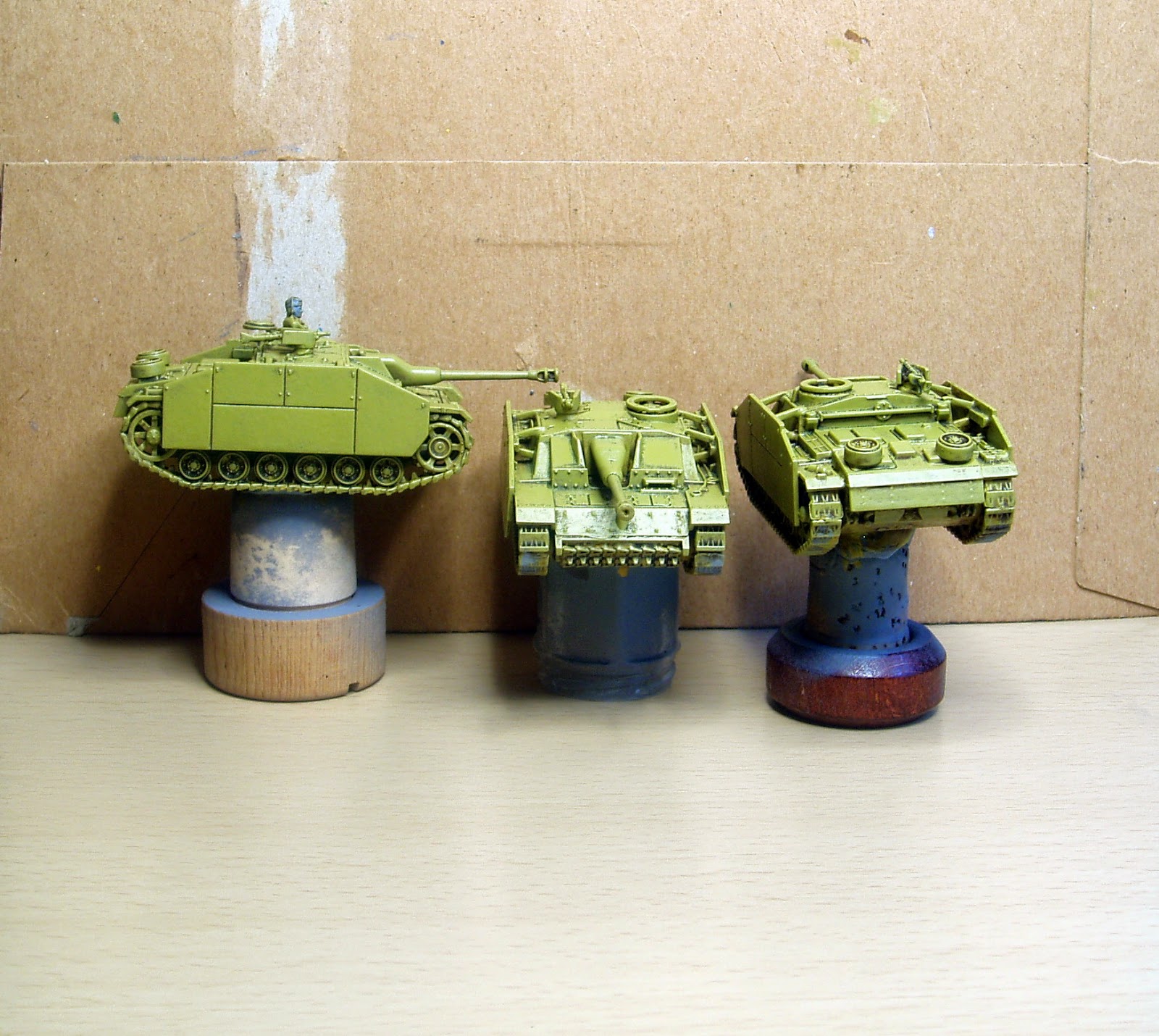 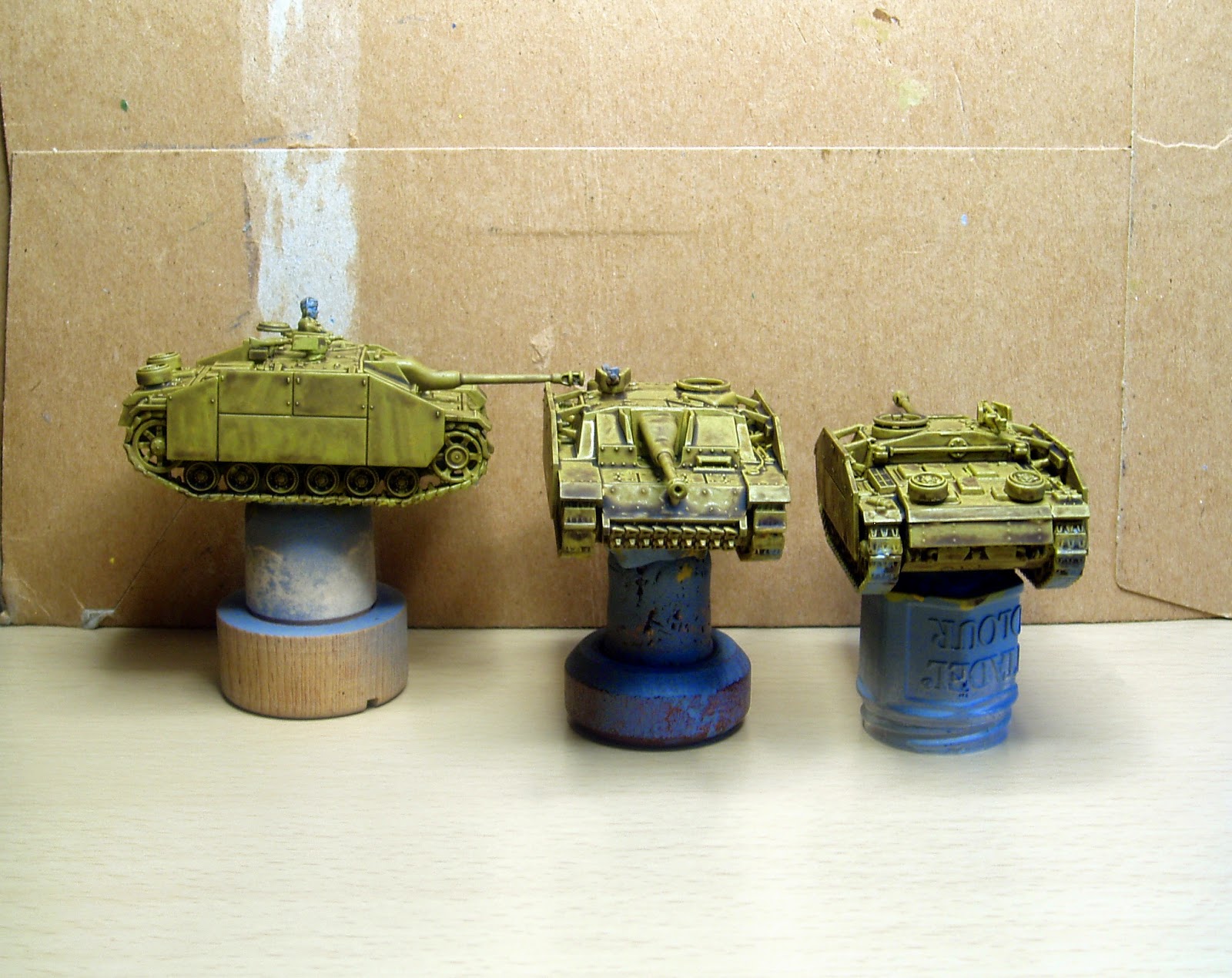 Stay tuned for the next part.