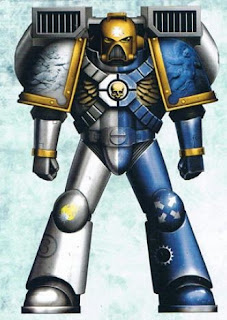 After I did my Sons of Horus test model using the glazing technique, which didn't work for that model, I saw potential on using this method on other marine colour schemes.

There were two chapters that specifically came to mind, one of them was the Marines Errant. As a fan of the Badab War I noticed that the few people collect Marines Errant and there is very little out there if you Google search images for them. Personally I really like the half and half colour scheme especially after Forge World represented them with almost a silver and blue scheme rather than a white and blue scheme. I decided to try out my glazing / wash technique on this Chapter. I went for the Vanguard Assault Squad scheme as the gold trim would be a nice offset colour. (see picture at top)

I started with a black primer and a watered down base coat of black. 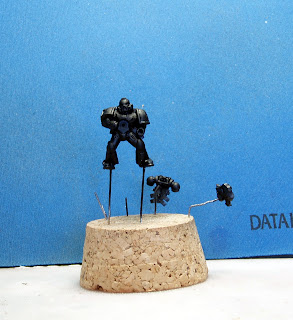 Next was a coat of Boltgun Metal. 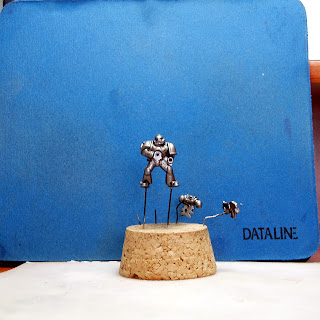 Followed by a coat of Chainmail. 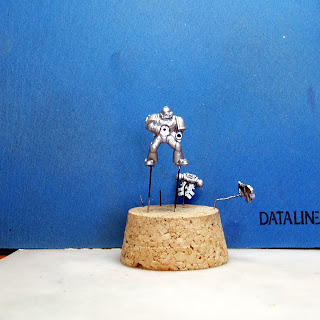 I then washed the entire model with a Black wash trying to keep it in the recesses. 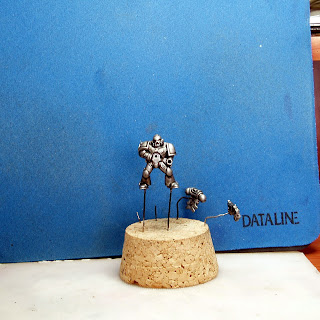 I then cleaned up the model with Chainmail. Next was a layer of Mithril Silver to bring it to that 'almost white' look. 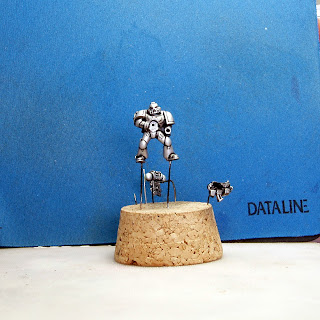 Now I applied a several layers of Blue wash to get the look you want, each time waiting for the previous layer to dry and applying the successive washes to the areas that would be in shadow. 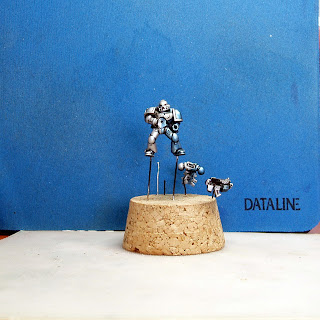 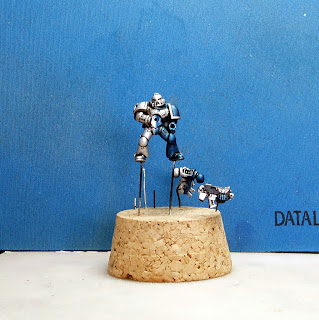 When I was happy with the blue I applied my base colour for the gold which is a 50/50 mix of Shining Gold and Brown, followed by a layer of Shining Gold. 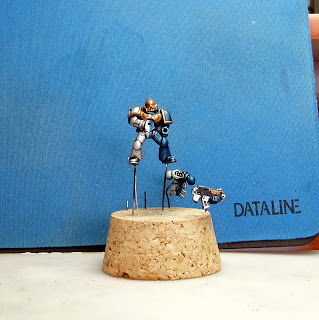 All I have to do now if finish up the Gold and paint the details although I wont be painting the icon on the shoulder pad this time.