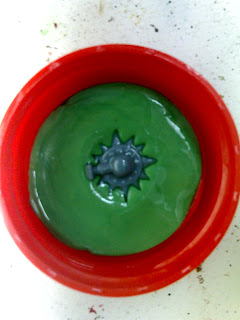 Green Stuff scares me, don't know if any one else feels that way but any thought of sculpting something makes me nervous. I am not very good at it. However I felt that possibly I could manage do replicate the odd piece here and there to customize the look of my army using the press mould technique.

So first off the things you need are the item you wish to replicate, some green stuff and something to act as the mould ( I used a bottle cap in the picture above ). Once you have all the bits, mix your green stuff up 50/50 and fill up the mould, making sure that it will accommodate your bit comfortably, remember the depth as well! I botched the first one because it was to shallow. Now use some baby oil, cooking oil or Vaseline to lubricate the surface of both the green stuff and the bit you are replicating ( not to much to spoil the details ). Push the bit into the green stuff up to the depth you require. Leave to cure. Once cured you can gently remove the bit and voila you should have a reasonable Press Mould. 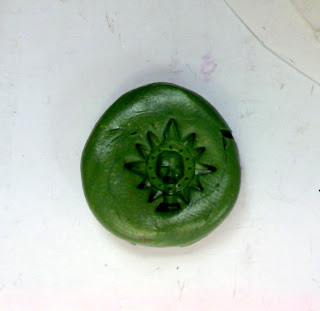 In this example I used the technique to add a tactical symbol to the shoulder pad. 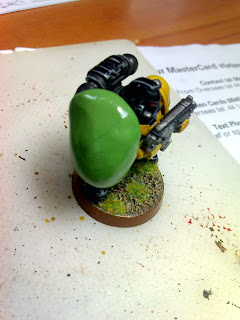 Here I am taking a mould of the Tactical Icon or Arrow. When the Green stuff has dried remove and you have the mould. 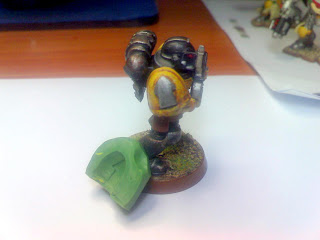 Now roll up some Green stuff the size of the piece you want to replicate, in this case the Tactical icon, place in the desired location and squash your mould onto it. Make sure you don't use to much green stuff or the mould will not fit. After the green stuff has cured remove mould and some touching up will be required to have anything like what you want, in this case I had to sharpen the edges and trim some excess Green Stuff away before I was happy. 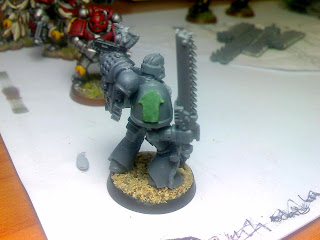 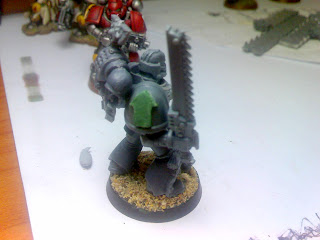 Hope you enjoyed the little tutorial.