Creating a Space Marine Chapter - not as easy as it sounds! 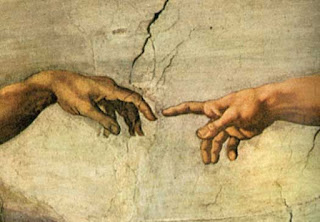 Making up your own is even harder. Where to start, coming up with a name first or colour scheme, how about fluff or tactics or background????????????? jeez man this is not so easy, especially for someone like myself with such limited knowledge of the 40k Universe.

Anyhow, got to start somewhere so I began scribbling down thoughts and ideas as they came to me.

The first idea I had was to have a 'Death from Above' type army, Raven Guard style. I like the Screaming Eagles (101st Airborne) of WW2, parachuting in over hostile ground, outnumbered and outgunned but getting the job done none the less. Their emblem was also pretty cool, an Eagle (very 40k). Now to come up with a name that would encapsulate all this, how about..........

'The Avenging Eagles'
(it sounded pretty good at the time)


Now how did these guys originate? well same as everybody else' s home made chapter I came across out there in the web (lol), they are a successor chapter of one of the existing chapters, in my case the Raven Guard. Talk about originality!

The fluff went like this, Raven Guard engaged in brutal war with????????? taking heavy losses and regrouping (you've heard this all before, I know). An unusually brave company captain/sergeant????? calls for volunteers, a suicide mission, from the remaining depleted forces to re-engage the foe and 'Avenge' their fallen brothers. Needless to say the suicidal mission is successful in taking out the enemies command structure and forcing them to retreat giving the Marines the day. This battle is known as 'The Battle of  Blood River' due to the nearby river turning red from all the carnage. The Emperor notices this hero and favours him with the creation of a new chapter named in honour of his victory. The captain????? and said surviving volunteers claim the planet???????? as their new 'home world', change their armour to commemorate their fallen brothers and so a new chapter begins.....???


This is still a WIP before anybody gets to excited!

Don't know if all this is feasible, I'm sure you guys will tell me if its not, in the 40k universe but that was the fluff I came up with. If you have any great ideas about what to fill in the ???????? with and how to make it conform to the 40k lore then please let me know.

So where does the Order of Navaar come into it? (if you looked at my last post) keep reading my series to find out.