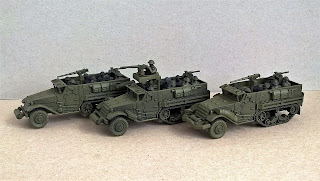 PSC make great kits and this was not exception, it was easy to build and comes with loads of bits to add to the model like stowage and crew etc. 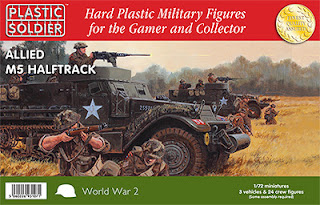 A bit from Wikipedia:

The M5 Half-track (officially the Carrier, Personnel Half-track M5) was an American armoured personnel carrier in use during World War II. It was developed in 1942 when existing manufacturers of the M2 Half Track Car, and M3 Half-track could not keep up with production demand. The M5 was supplied to Allied nations (the British Commonwealth, France, and the Soviet Union) under the Lend-Lease.


I primed the models in black followed by a spray of Army Painter 'British Tank'. 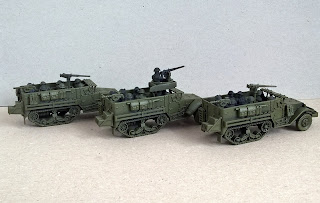 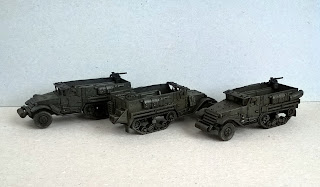 I followed up with a dry brush with Russian Uniform and painted the base colours of the other details. 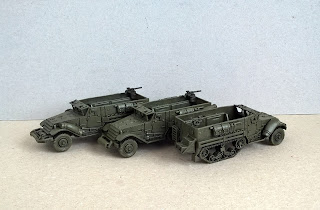 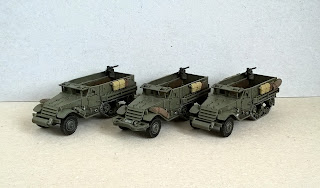 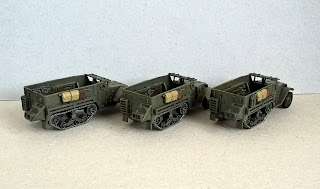 I also painted the crew in GW paints namely Graveyard Earth for the uniform and Russian Uniform for the helmets followed by the wash of brown and black. 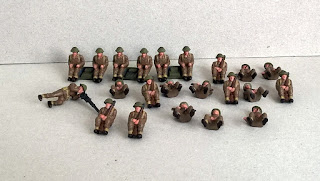 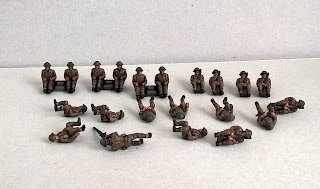