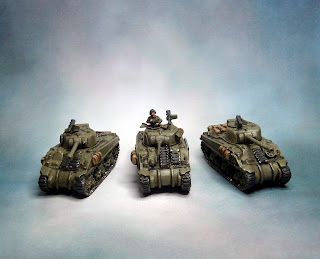 The fit of the Firefly Tanks are much better than the regular Sherman Tank and so require less green-stuff to fill the gaps. 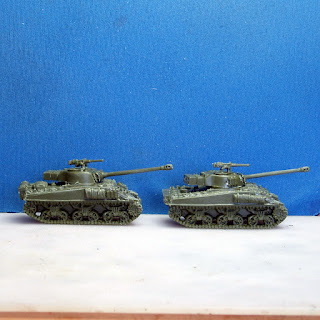 'After the problem of getting the gun to fit in the Sherman's turret was solved, the Firefly was put into production in early 1944, in time to equip Field Marshal Montgomery's forces for the Normandy landings. It soon became highly valued as the only British tank capable of defeating the Panther and Tiger Tanks it faced in Normandy at standard combat ranges. In recognition of this, German tank and anti-tank gun crews were instructed to attack Fireflies first. Between 2100 and 2200 were manufactured before production wound down in 1945.'

Compare that production to the Tiger 1 which was around 1300 units total production over 2 years and the Panther Tank around 6000 units produced over a 3 year period. 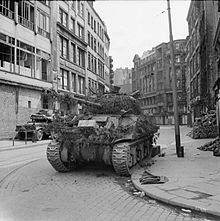 Above are picture of a shell from the 17 pounder and a real Firefly.

The rest of the pictures. 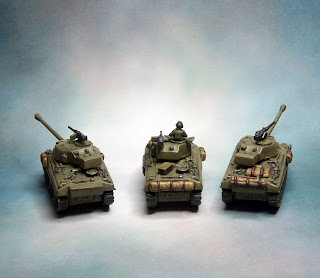 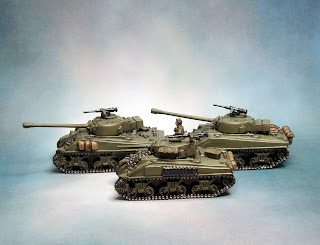 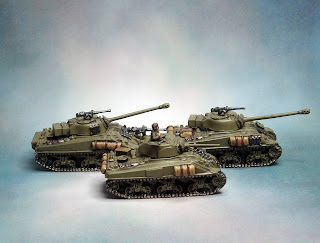