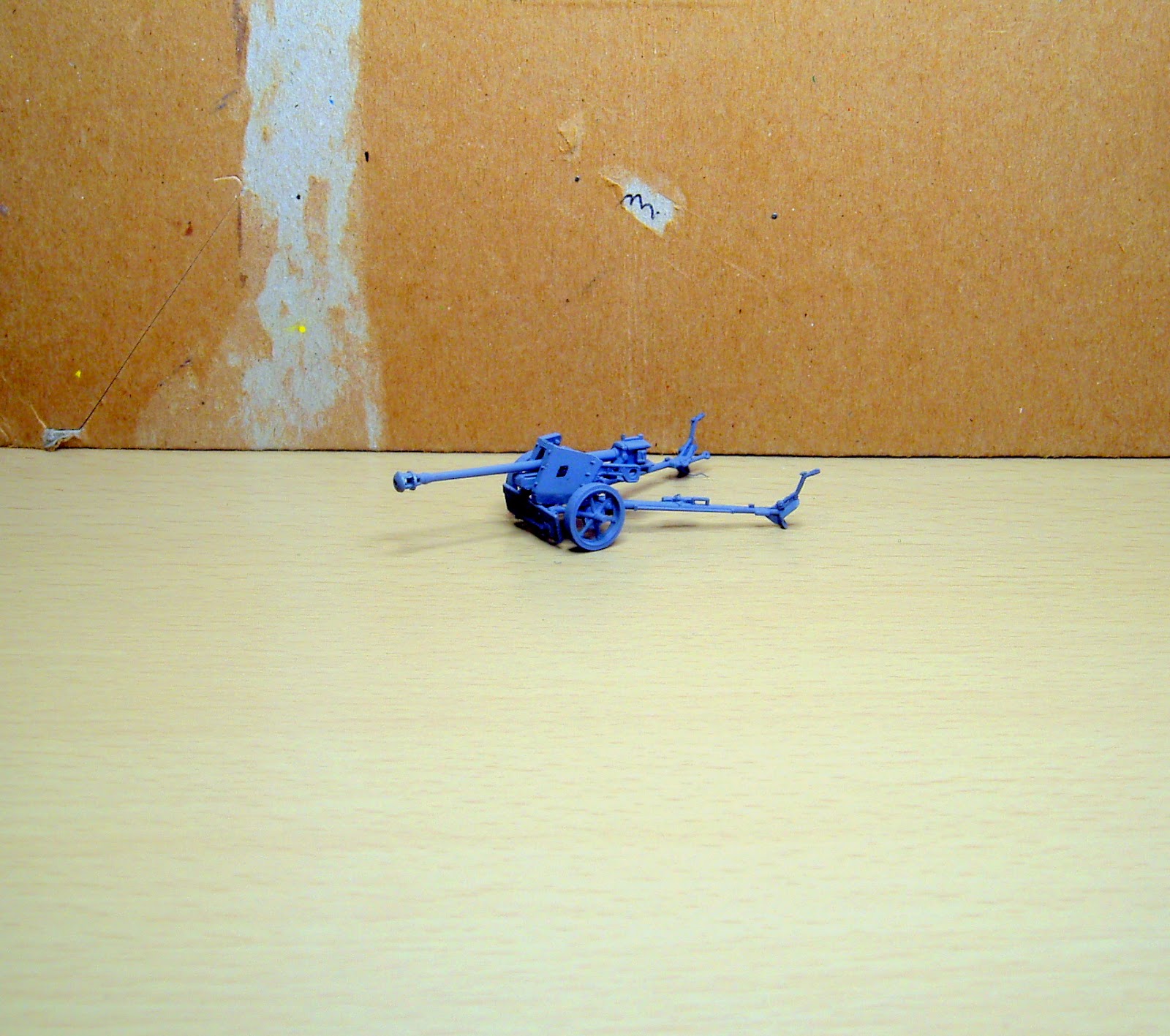 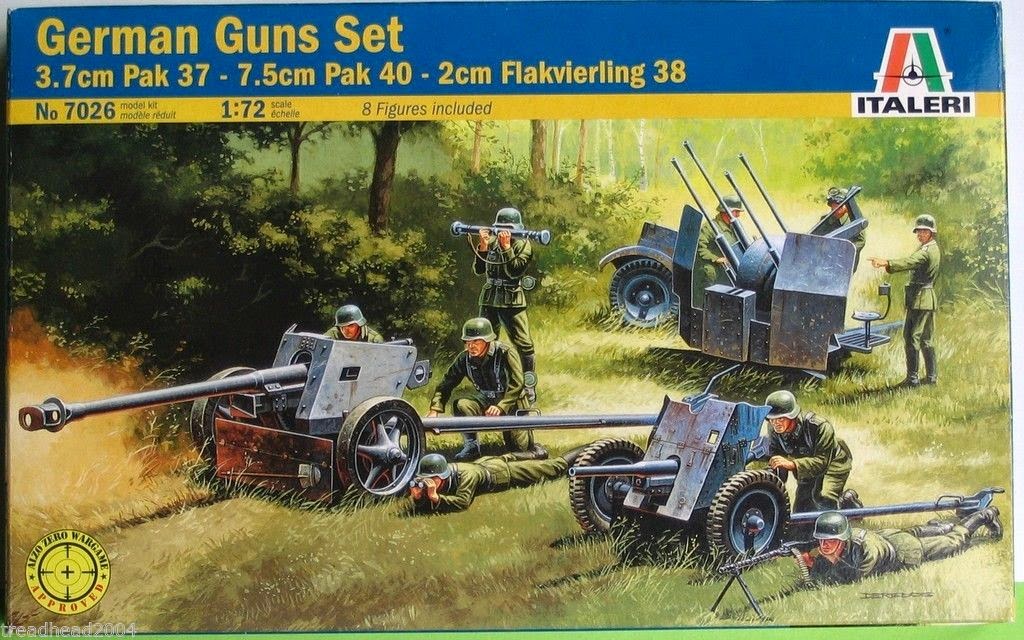 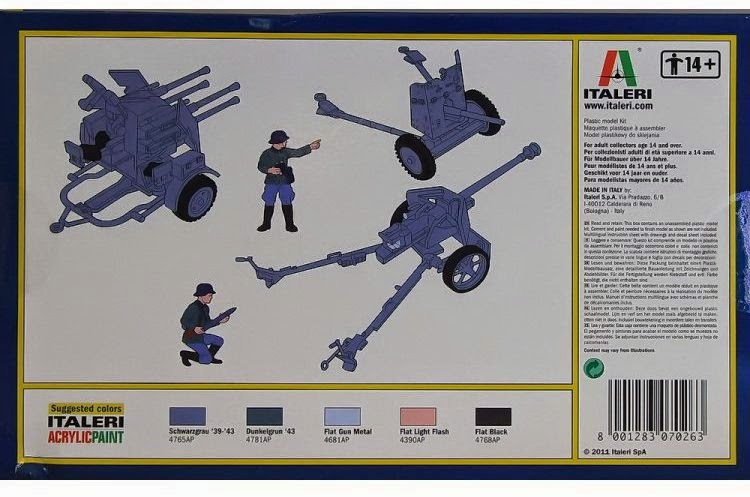 The final model in this amazing set is the Pak40. The Pak 40 formed the backbone of German anti-tank guns for the latter part of World War II and was developed in 1939-1941 by Rheinmetall.

The Pak 40 was first used in Russia where it was needed to combat the newest Soviet tanks. 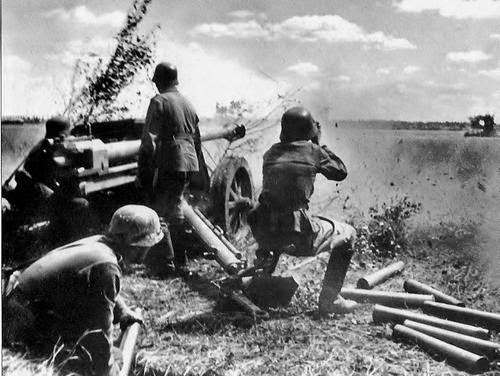 The tables below show the effectiveness of the ammunition.

An armour-piercing, composite rigid projectile with a sub-calibre tungsten core.

I started with my usual grey primer. 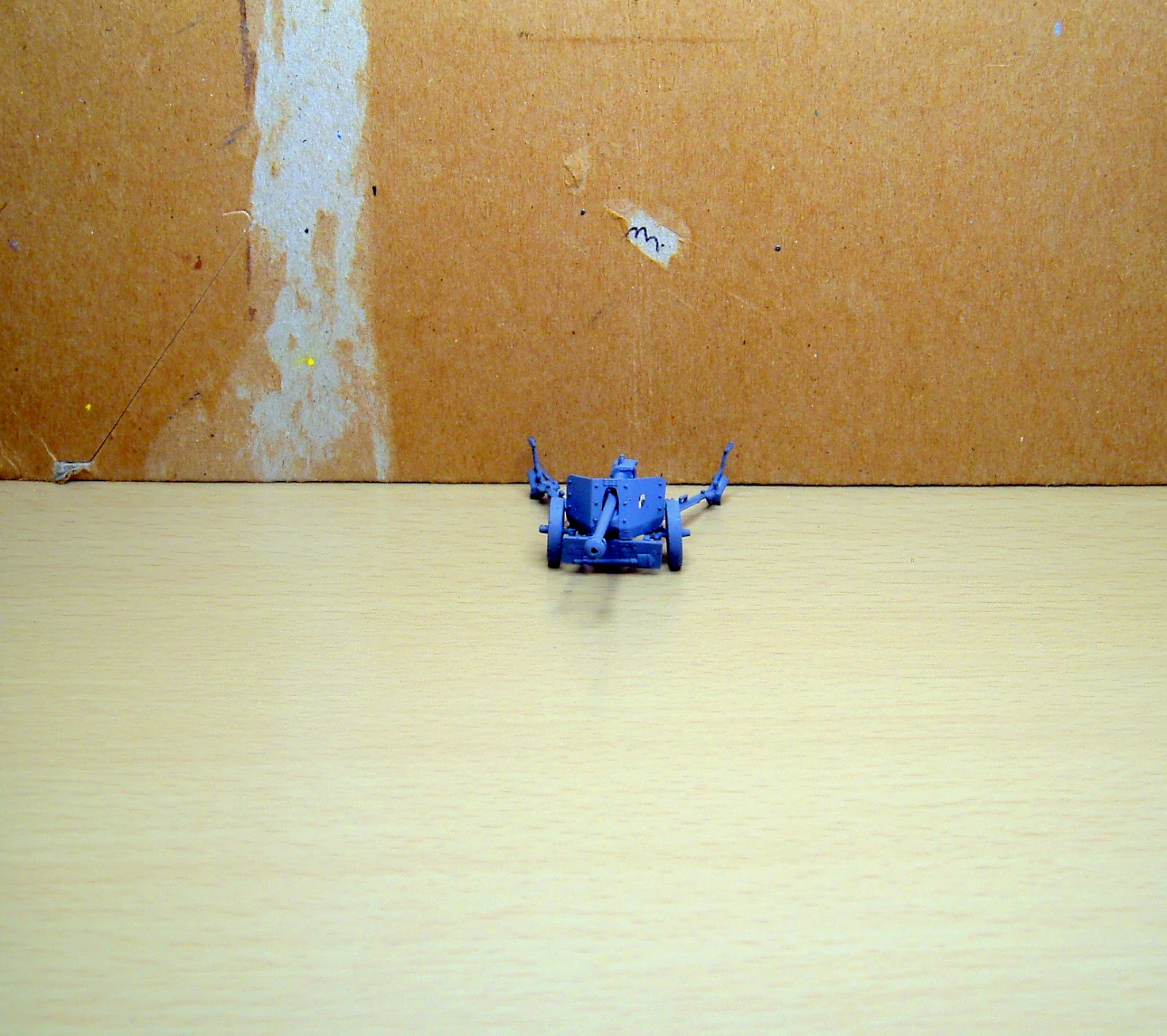 Then followed with Middlestone base colour. Then a heavy brown / black wash. 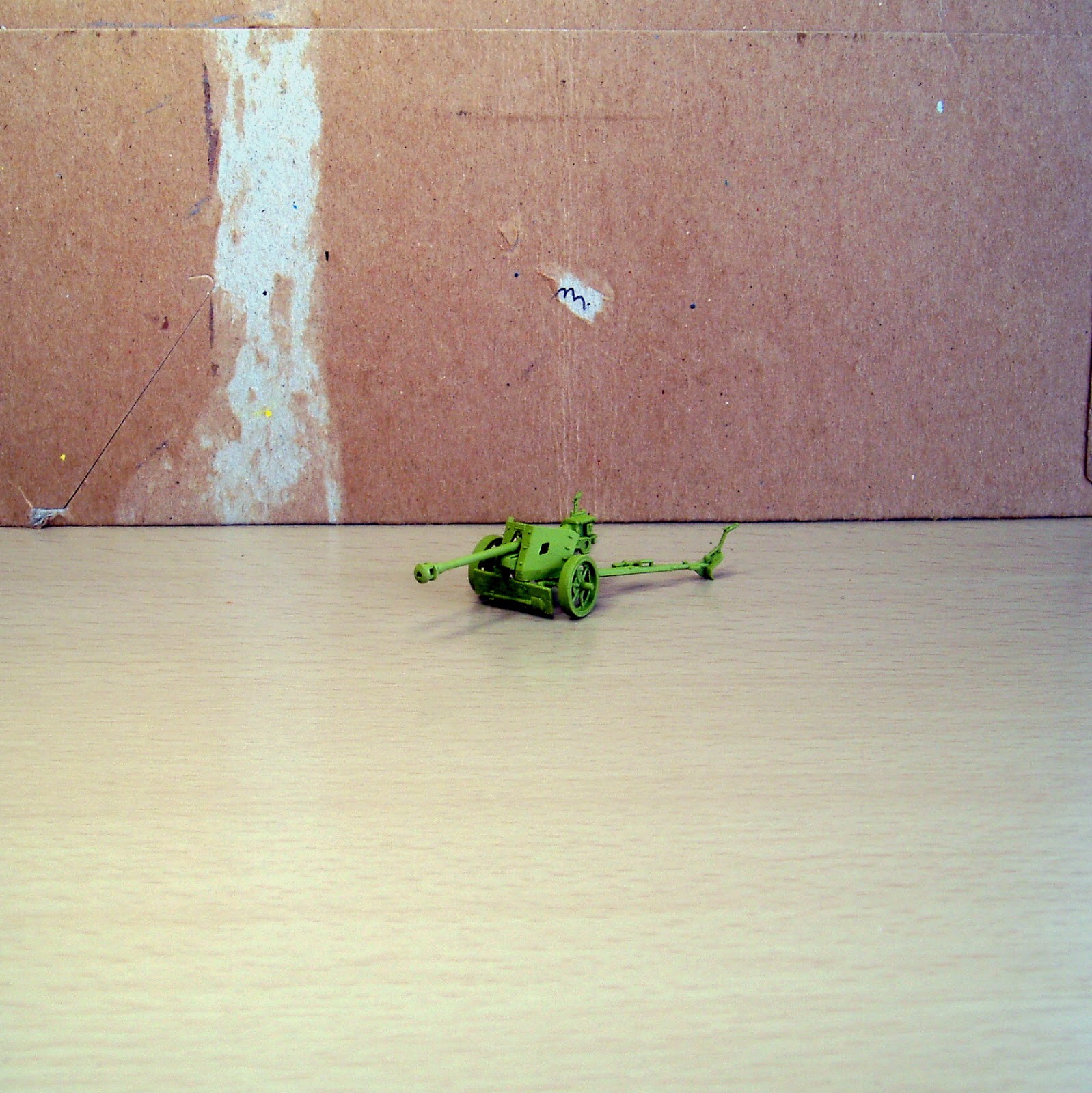 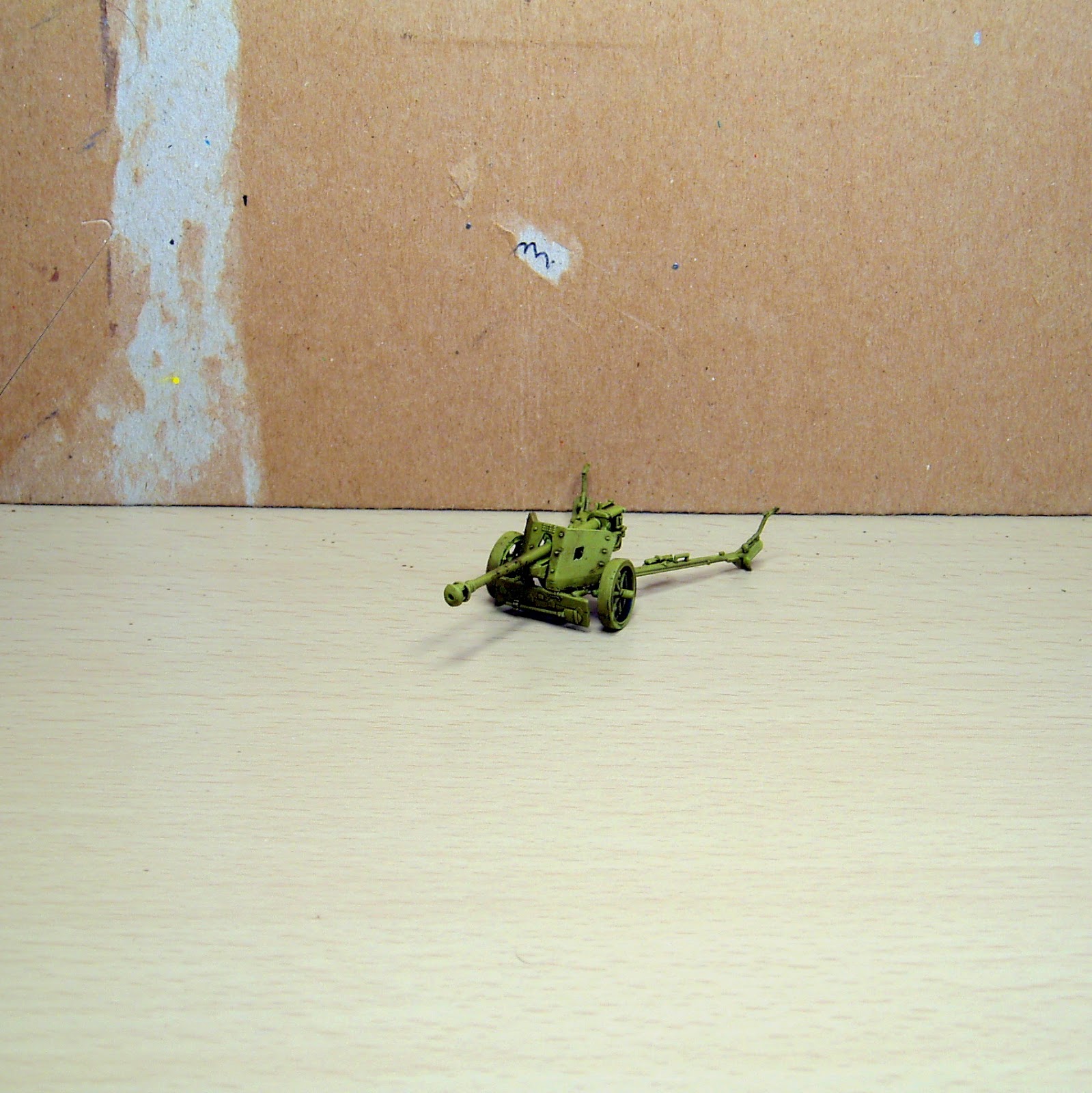 Next the crew which I painted up with Field Grey and Brown for the uniforms. I did do a bit of customization to get the crew to fit and I used a separate model from another box set as the Italeri set does not come with enough crew for all the models. 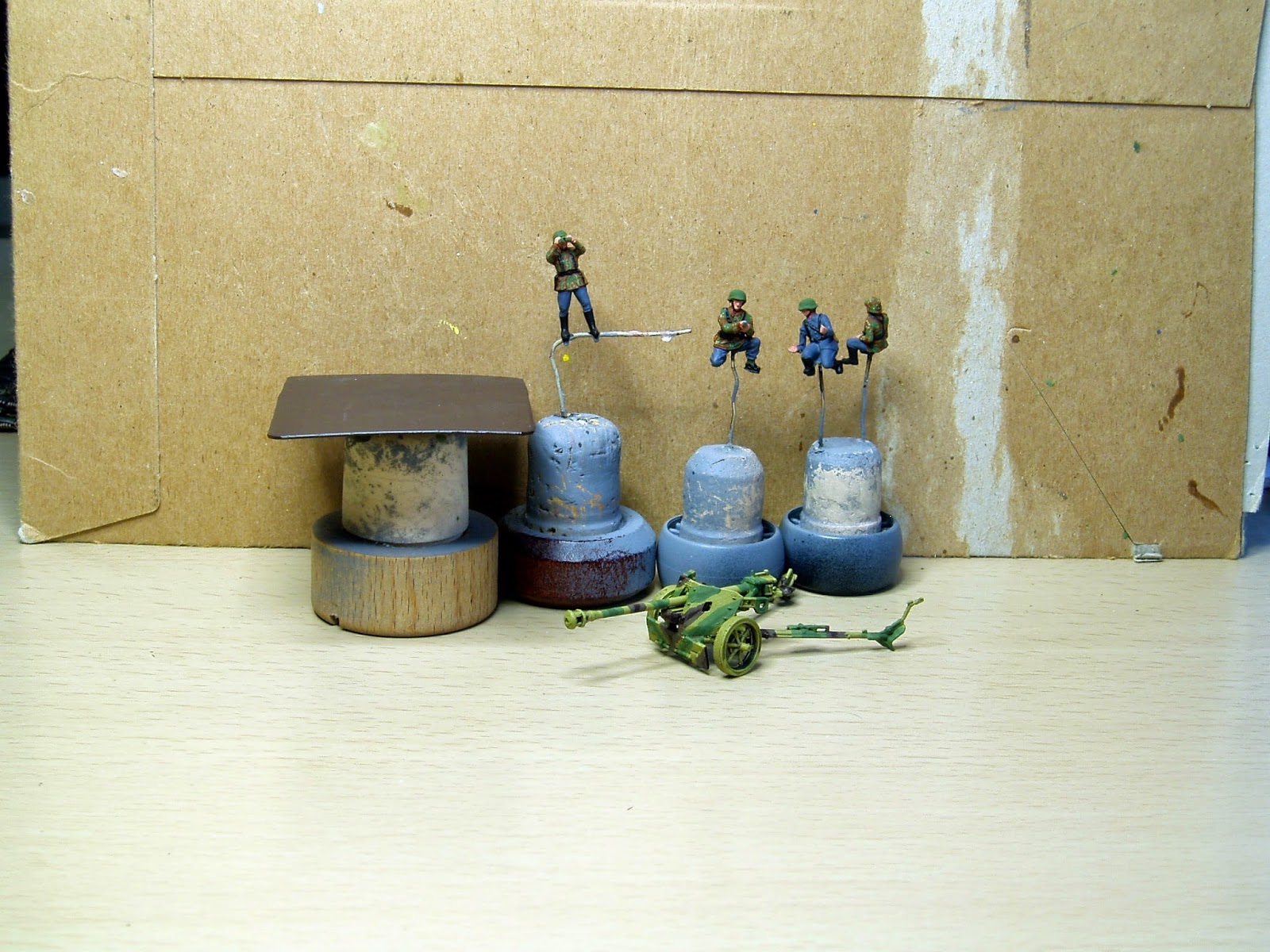