Rules Pertaining to Weapons Choices on Vehicles - My Thoughts 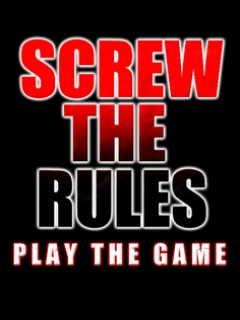 While I am not an expert by any stretch of the imagination with regards to the process of coming up with rules and how GW write codex choices, I do have a couple of suggestions that came to mind as I mulled over my options when writing up my Blood Angels and Space Marines army lists.

One of the first thing that struck me as odd was the choice of vehicles available to Space Marines as opposed to Imperial Guard armies. What I  mean is that the Space Marines and all there variants are the Emperors Elite Military Solutions and should have access to the best equipment available.

The troop carrier available to a Space Marine army is the Rhino, armour 11/ 10 capacity/storm bolter armed/1 firing port vehicle for 50 points, the Imperial Guard have the Chimera, armour 12/ 12 capacity/ multi-laser and storm bolter armed/ 5 firing ports and did I mention amphibious for 55 points. Now if I were a Space Marine Chapter Master I would send all available Imperial Guard troops into battle on foot and steal their Chimeras and load my Space Marines into them instead. This does not make sense to me?? I understand the whole each army needs different stuff etc etc but why write up all this Elite fluff and have them riding around in little more than a tin can.

The next and more irritating thing about the way codex's are written up is the weapon options available to you when choosing a vehicle.

The Land Raider, there are 3 variants all armed differently and that's it. Now some of the choices seem odd to me, if I want a tank killing version I go for the bog standard version on offer with Lascannon sponsons and what for a main hull gun a Heavy Bolter???? that's going to kill lots of armour??? The other two variants are less annoying in that they are basically anti infantry.

So whats the solution.

Firstly GW should be more mindful of the fluff they put out about armies and write rules that support that fluff.

Secondly what I would like to see in the codex is, in the case of the Land Raider : you purchase the chassis only for x points then you choose which weapons you want on the thing paying the appropriate cost for each. So if I want that Tank Killer I can have Lascannon Sponsons and Lascannons as the main hull weapon as well. Anti Infantry what about three sets of Hurricane Bolters? or thee sets of Assault Cannons? You see where I am going with this. This can apply to all vehicles even the Dreadnought, start with a basic sarcophagus then add the weapons options you want and pay the points for your choices.

Let me know if you agree with me or give me your thoughts on these two observations.