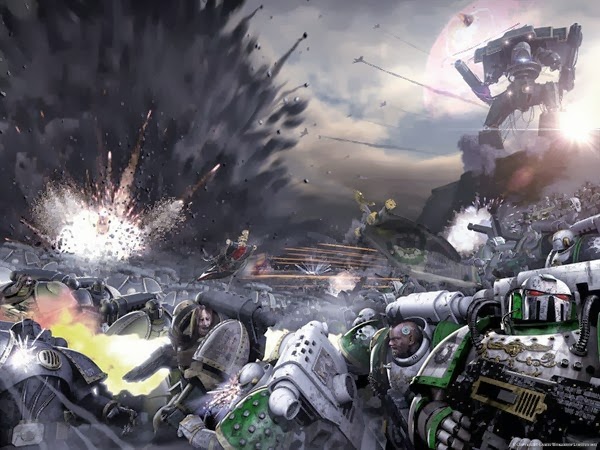 This is the final book in the opening trilogy of the Horus Heresy. Personally I thought this was the best of the three books. Overall well written but for a few things that I thought were not as well explored or compiled as they could have been. These small things didn't really spoil the series or the books, they were well worth the read. I have a much better understanding of the 30k and soon to be 40k world, this understanding has intensified my creative juices and I want to go out and paint some Space Marines! 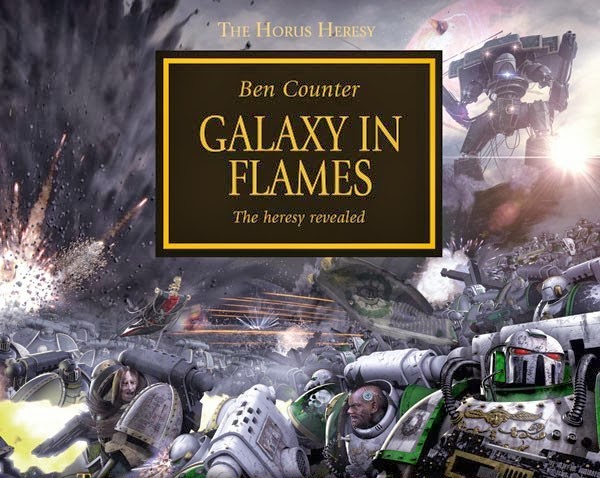 A petty thing but it stuck in my mind.
The battle between Loken and Abaddon. The author describes Abaddon, in Terminator Armour, being as 'fast' as an Astartes when fighting then describing him a couple of paragraphs later as 'hulking' when pursuing Loken?? he is either as 'Fast' as an Astartes or 'Hulking' which is by definition large, heavy, or clumsy. If the author just wanted to say he was big then hulking is not the correct word.

A couple of other bugs.
Angron is supposed to be an unbelievable killing machine but some of the Luna Wolves manage to defeat his attack and hold out against him. How that happened was either omitted because it could not be explained but necessary for the story or the author did not know how to explain such an event! A third option is no space in the book to explain it. It should have been included as it was an important scene showing the Primarchs are not invincible??

The biggest problem I had with this series overall is the authors should have explained better how Horus turns traitor himself (just being ambitious, proud and jealous is not enough) and then how he is able to convince the other Primachs to join him, just being the 'Warmaster' isn't a good enough reason amongst equals?? This is not like a Astartes Captain ordering an Imperial Guardsman to do something he doesn't like? This is one Primarch saying to another "Hey dude you wanna join me? I am gonna kill the Emperor"


Next up The Flight of the Eisenstein