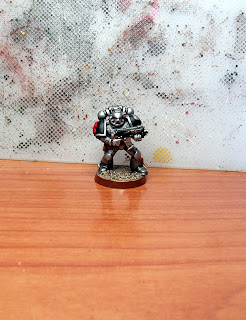 On to my final test finishing this guy up using the object source lighting technique. To start with I went ahead and painted him up as I would normally do, that is to say as if the light is coming from all around him GW style. I began by giving the miniature a heavy wash all over with Badab Black and started finalizing the shoulder pads and details. 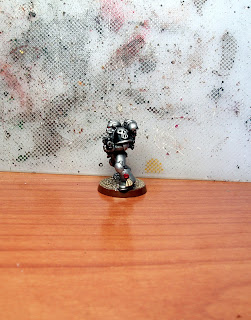 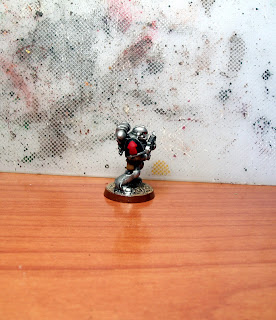 Next was a drybrush of Boltgun Metal to bring out the armour detail as normal. 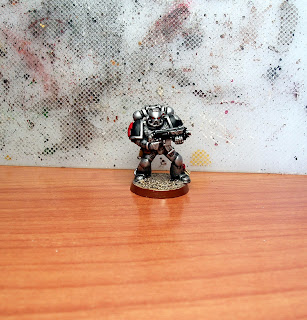 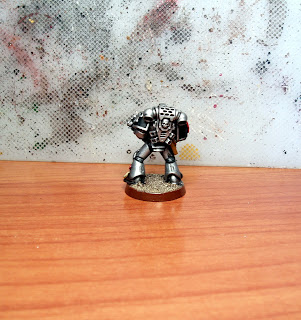 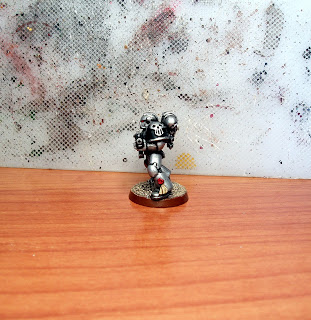 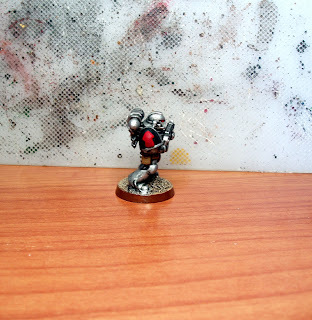 Now he is finished bar one or two minor detail tweaks and basing if I was painting him as I normally do a miniature for the tabletop. However I need to try to paint the highlights as if the light was coming from the top only. So I picked up the miniature and looked at it from the light source and noted the areas that I could see would be in full light, I used a Chainmail drybrush to highlight those. Those areas that would be in shadow I then used a wash of Badab Black to darken. 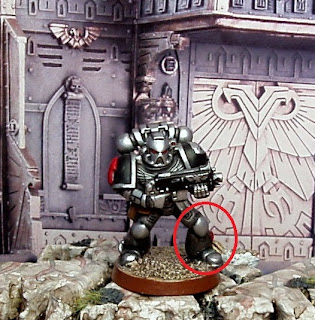 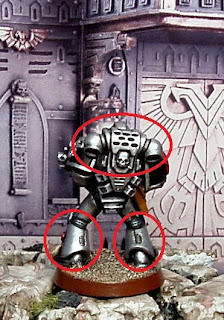 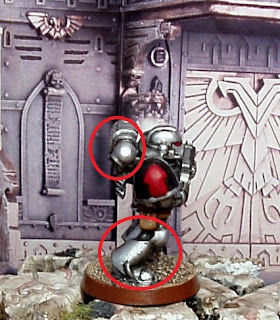 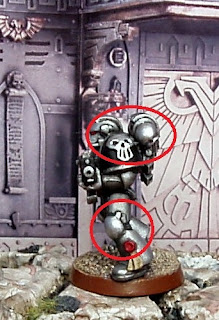 Forgive my camera skills but the pictures do not show the contrast as well as it is in reality on the miniature. all I needed was to finish the base and he was done. seeing as this was a platform for testing I decided on one more test and that was to do a base similar to Mars, red sand etc so here he is my Silver Skulls Tactical Marine Completed. 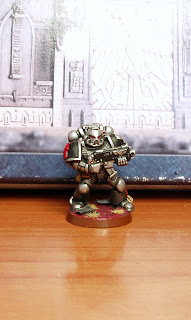 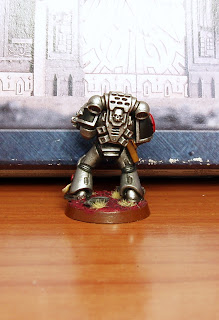 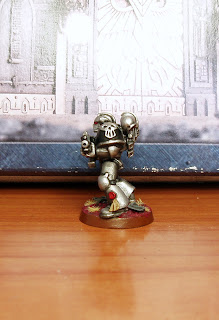 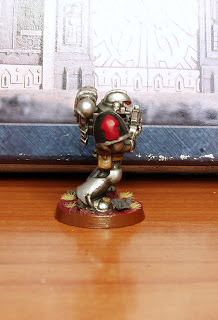 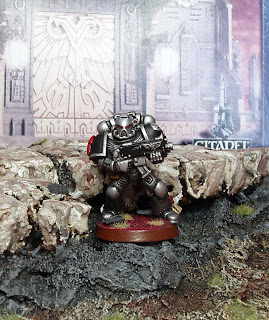