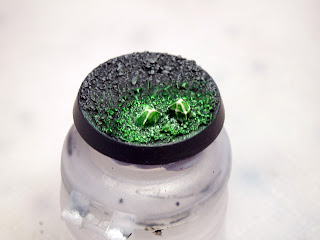 If you missed my guest post on From the Warp Blog then here is the full article.

With the second wave of Necrons about to hit an idea formed in my mind about how to use left over sprue to make a base with some crystals on it.

To start with take your standard base and find some left over sprue, use smaller pieces for smaller bases and bigger pieces for larger bases as this will mean less cutting for you. You can also use left over greenstuff (when I use greenstuff I press all the left overs into a square which I then cut up into little bricks, these I use in my terrain projects as rubble) for the crystals. 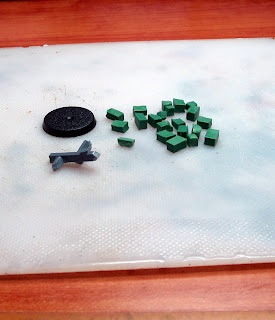 Next take the sprue and cut small pieces off the ends and shape into crystal like structures. 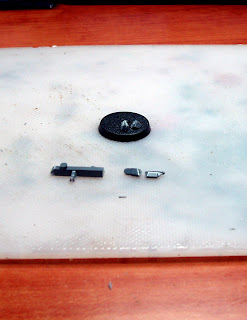 Now use PVA glue to stick your sand on. 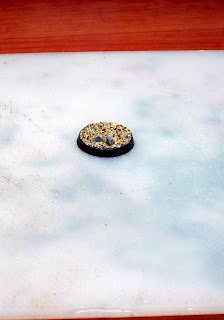 Undercoat with black in this case Chaos Black. 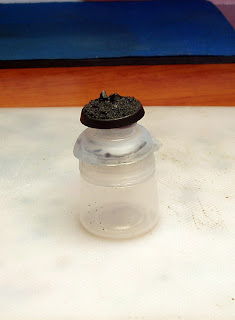 I went for an 'ash waste' type world, so I used a progressively lighter shade of Chaos Black and Codex Grey to highlight the sand area. 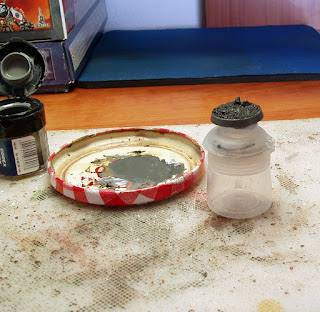 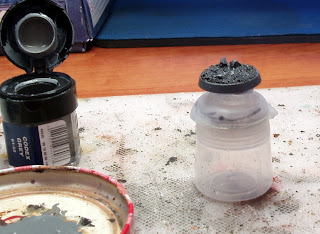 I then painted the crystals with Dark Angels Green. 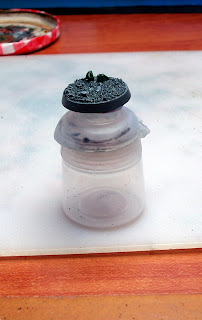 Here I used a mixture of Goblin Green and a small amount of Bubonic Brown to highlight the crystals. 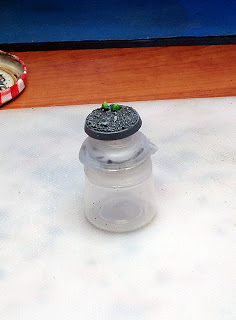 To bring out the details I used the lightest mixture to hard edge the sides of the crystals. After that I mixed in some Bleached Bone and applied this in small dots to the corners of the crystals only. 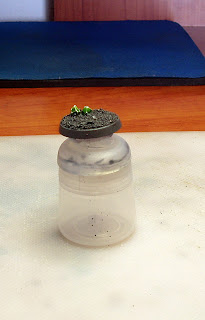 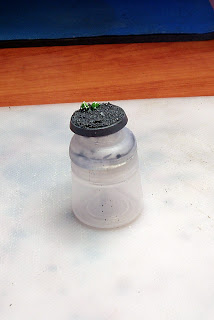 I also wanted to create an area on the sand that was 'Glowing' from the reflecting light coming from the crystals. To do this I started with a heavy wash of Thraka Green. 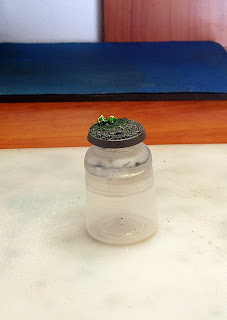 Then once this was completely dry I drybrushed Skull White over the area concentrating more on the area closer to the crystals and fading away the further you move away. Finally another wash of Thraka Green on the furthermost edge of the 'Glow' effect and pulling it in towards the crystals to blend in the transition from light to dark. 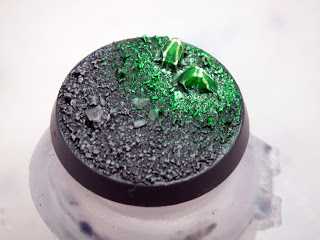