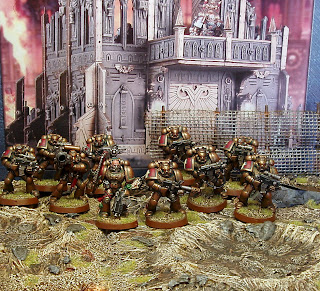 I have managed to finish off my second tactical squad for my Minotaurs army. It is led by my Sergeant Test model. My force now consists of 2 Tactical Squads and a Scout Squad. Hoping to see how the new rules will effect the weapons load out in the next week or so.

Below you can see the squad after cleaning with Dettol, they were originally my Aurelius Legion Tactical Squad which I used to experiment with the bronze colour on their arms. I decided to clean them up and recycle them because they had too many layers of paint on them in the end. 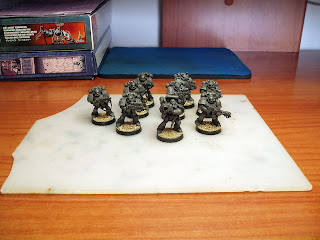 Next are some more picture of the finished squad. 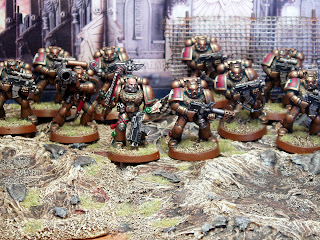 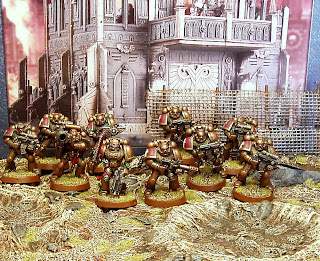 The method I used to paint these guys is documented in the first post so click on the label for Minotaurs and have a look.