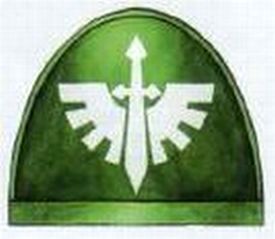 Ever since the rumours started going around saying the Dark Vengeance set would contain Dark Angels I have been thinking about a conversion for a chaplain model. I have long been a fan of Ron at From the Warp's conversions and his Dark Angels Chaplains are incredible! So with this motivation I set off with an idea that also involved trying to use a piece of art as a basis for my conversion. I found a fantastic piece of art to use as a basis and set about trying to put it into motion. My greenstuff skills are still very weak and I needed to keep my conversion simple but at the same time it had to stretch my abilities.

I don't want to reveal the picture as yet, it will spoil the article so i am going to show you the individual pieces as I went along. To start with the Chaplain is wearing robes, no surprise there then. I got a veterans torso and legs and glued a normal Marines torso front on it, then I cut off the eagle as it is going to be converted to the top half of his robes. My first green stuff challenge. I must say in my mind it was easy to do but in reality it's pretty difficult to get the flow of the robes looking realistic. After a couple of sculpts and re-sculpts I settled on something approaching what I wanted. 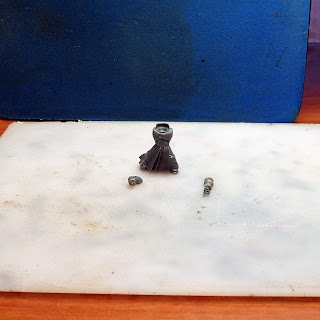 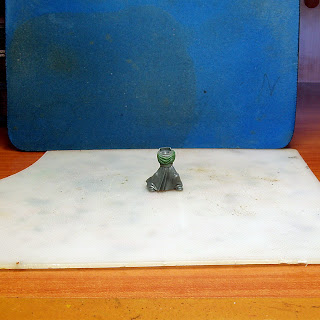 Next up was the head which in the artwork is a skull, not a helmet skull, with a hood. I thought again not to difficult but it's I found it tricky to get that realistic look! I used a Tomb Kings skeleton head as the basis, only because I had one in my bits box. 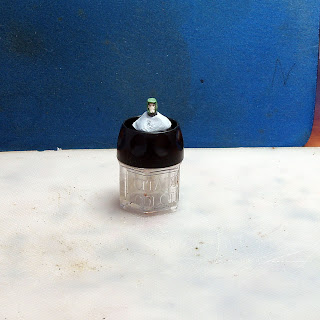 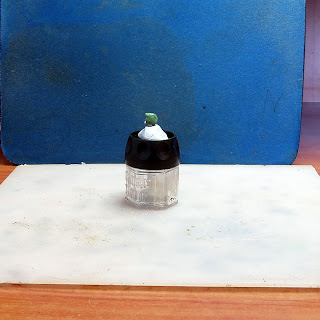 Next up was some detail around the midsection that I wanted to include and I could not find any bits to match except on the front torso of a Command Squad Sergeant so I ordered one up and then instead of cutting it up I made a press mold and cast on to use. I also needed an Iron Halo so used a previous mold as seen in the picture below. 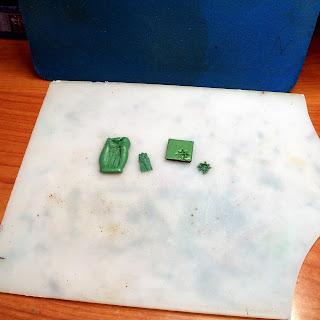 Stay tuned to see how this guy progresses and see if you can guess which piece of artwork his based on.