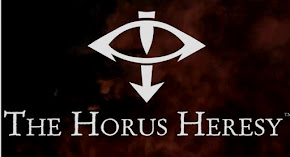 This is a shout out to all everyone out there looking forward to these books.

The Horus Heresy Blog is dedicated to covering everything related to these novels and more so join now!! (Click on the banner in the margin to go to the blog)

GamesDay UK 2012 is the date the first volume "Betrayal" is to be released. If you have seen the teaser trailer, some of the legions featured are : 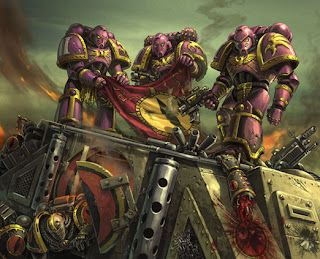 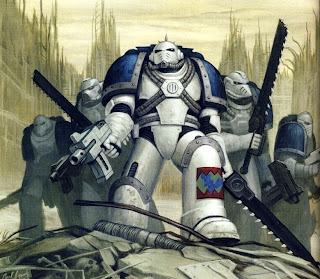 I am sure at some point we have all thought about starting a pre heresy army but never really did because it involved converting existing stuff but now with all the Forgeworld stuff being released and Heresy style stuff from other companies its never been easier. I myself was looking at starting a Word Bearers army as the fluff just appealed to me, zealous warrior monk type dudes, subduing the masses and converting them to the Emperor's Divine Light!

As a co-author on the blog I am looking forward to contributing and I am going to start off with a couple of test models and see what 'lures' me in, sounds a bit like some chaos corruption may be nearby! Just as well I ordered the Dark Vengeance set, might need those awesome chaos models.