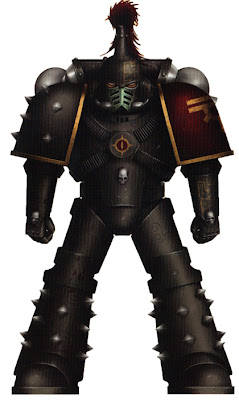 After I finished up with my Sons of Horus test mini where I used the glaze / wash  technique I was unhappy with the outcome but a thought popped into my head about repainting the model as a Catulan Reaver. I had seen the above Forgeworld picture alongside the others I used for research and instantly liked the scheme. This was the ideal opportunity to paint one up using my unsuccessful test subject.

I thought about sculpting the shoulder pad icon with greenstuff but decided to freehand it instead. 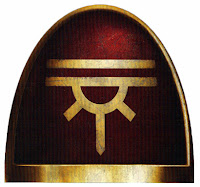 I first made a  sketch of the icon using a grid method. Basically a big square divided into 4 small squares with the design drawn inside. This would help me later when it cam time to paint the design onto the model. 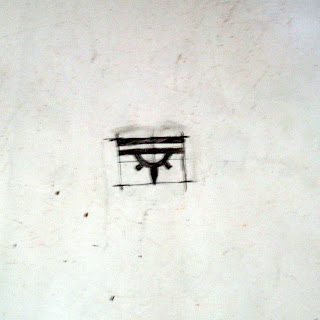 The next thing I did was to paint over the green with my custom metallic black mix I use for my Blood Angels - Knights of Blood models. Then I painted the red shoulder pad and various s details leaving the lower portion of the helmet the original green. 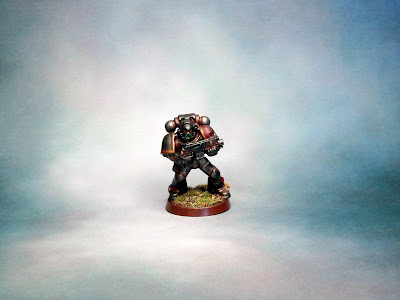 I added some battle damage with a light drybrush of boltgun metal and used some pigment for dust and dirt accumulation. 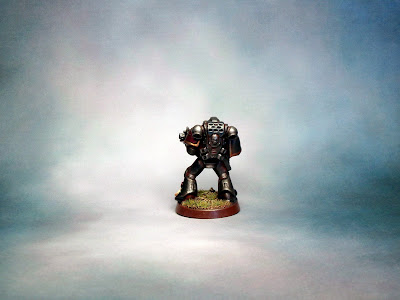 Below you can see the original green on the helmet. 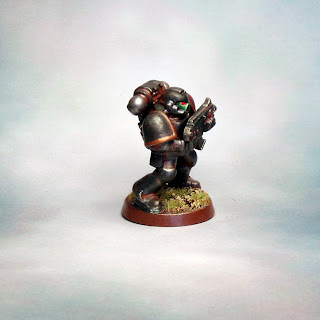 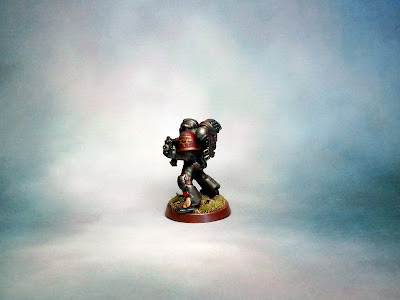 I am very happy with how this guy came out. I think the Catulan Reaver scheme is pretty badass and can imagine a full army, painted up nicely, looking just awesome on the table.