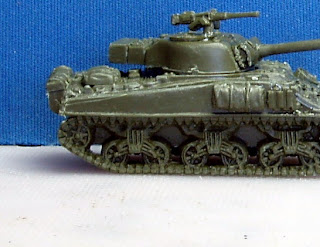 While I was putting together my Sherman Tank I attached the stowage to the tank as per the assembly guide which shows you can attach the bits that look like rolled up 'sheets' to the sides of the tank. 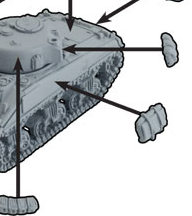 Later on when I was doing a bit of internet trawling to get a bit more info on the Sherman Tank I noticed that none of the pictures I came across showed these rolled up 'sheets' attached to the sides of the tanks, tracks yes but not those 'sheets'. 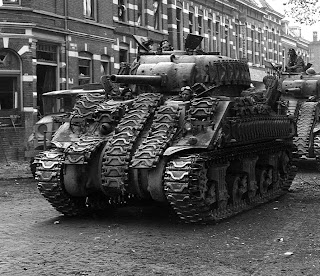 Now this is not a big deal for me, but it was interesting and I started to wonder about the reason why? I guess its because the 'sheets' and similar stowage can be easily torn off when driving passed walls etc that will just rip them off.
The tracks, in some cases, were welded on I believe as an 'improvised armour' and were not spare tracks for their actual tank. 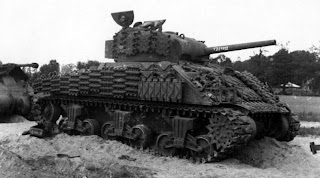 The British it seems were a bit more conservative than the Americans when it came to improvised armour as the 'Yanks' were fond of using sand bags in every possible place they could find. 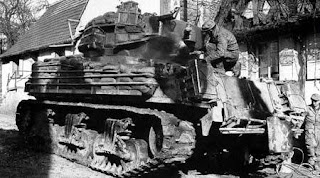 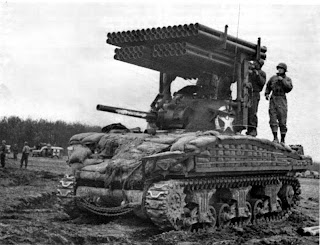 They even used wooden logs and planks (picture of planking in Pacific War). 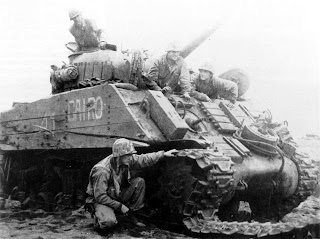 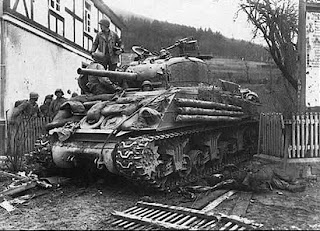 I am really enjoying the Historical side of this game and I look forward to the upcoming research that I will no doubt be undertaking on all the other models in the Open Fire Starter Set.