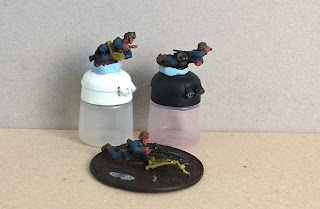 I have finally got around to painting some of my Bolt Action models, after going to the Beasts of War Boot Camp more than a year ago, now.

As part of the Boot Camp we received a starter set with a tank, half-track and some infantry. Time was pretty short and the models were put together quickly in order to be able to play the game, no time for endless mould line cleaning etc. Needless to say after that weekend of great fun the models went into a box and stayed there until this week. 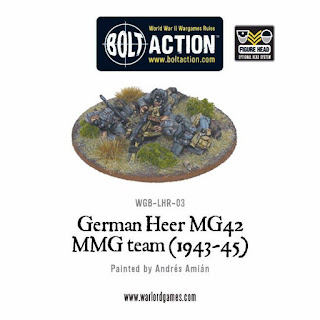 I decided to start small so picked my MMG team to work with. I broke the models off the base so I could paint them easier and cleaned them up a bit.

I painted the base colours using the same technique as the Flames of War miniatures I painted previously. Black primer, base colours of German Field Grey, Reflective Green, Graveyard Earth and some generic browns and flesh colours. 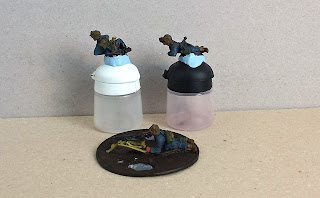 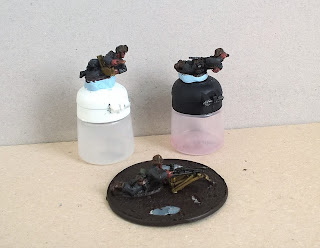 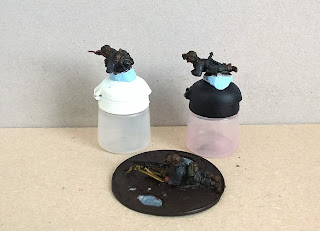 Then went back and highlighted with the same base colours. Apologies for the poor pictures and lack of pictures for the highlight stage.

I need to finish the base in my ground black pepper and herb method, then I will decide if I want to add any weathering to the models.

Stay tuned for the finished models. Will endeavour to take better pictures as well.