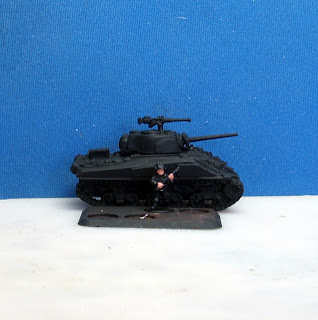 Here is a picture showing the current plastic infantry model on his base next to a Sherman Tank not on  base.

Below is a shot of real infantry next to a Sherman Tank. You can see that the scale is pretty close. 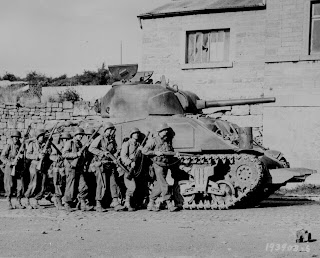 Why do I bring this up? because when FOW first appeared I was put off by the seemingly large heads ( might just be my imagination ) of the metal infantry models which looked weird and next to the tank models they appeared to be the incorrect scale. One of the first things I did when I opened my started set was to check the scale by putting the two models next to each other and I was very happy to see the results.

I want to field my tanks, if I get around to actually playing, without them being fitted to a base. This means that the infantry on a base are slightly taller ( a base height ) than they should be, so I am devising a cunning plan to test out making a thinner base for them ( watch this space ).

For your enjoyment here are a few other real pictures of soldiers and people next to Sherman Tanks. 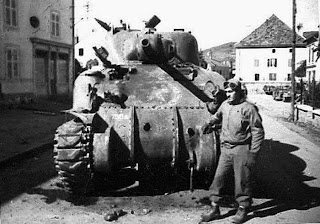 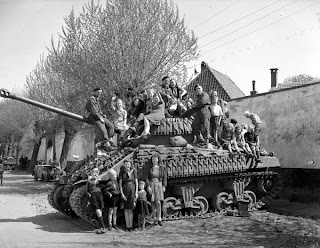