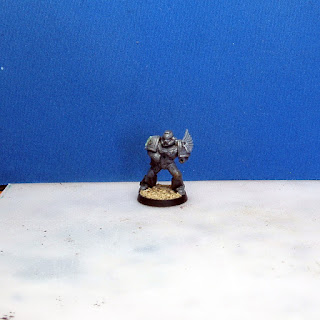 The next chapter on my journey through the Pre Heresy Space Marine Legions is the Emperors Children Legion. Here I have added a wing from my Blood Angel Bits box with the blood-drop cut off. I chose not to sculpt the wing because you don't have to reinvent the wheel sometimes. This looks pretty cool as is. 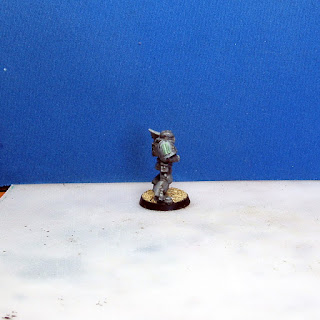 Now this Marine, and yes I know the armour mark is wrong, had a Tactical Arrow on the shoulder pad from a press mold I did for another paint-job so rather than cut it off and sculpt the Roman type numeral 2 on it I cut out sections of the tactical arrow to leave behind what I hope will look like a Roman type numeral 2 when painted up. 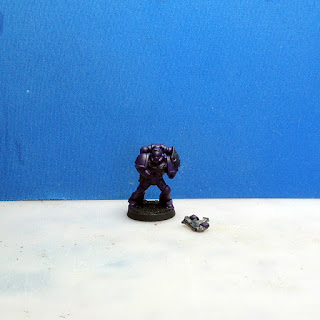 I primed the model with a black primer then a light coast of black as the base followed by a even coat of Liche Purple darkened with a bit of Black. 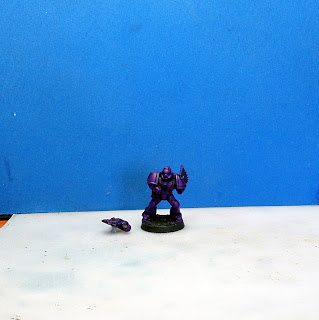 Next up was a coat of Liche Purple followed by a custom wash of Red / Blue / Black to the recesses. 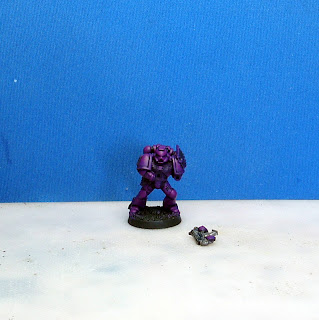 I then did some blending of a mix of Liche and Warlock Purple on the raised areas that would catch the light. 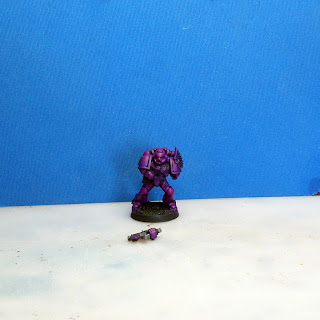 The final layer was pure Warlock Purple with a touch up of the wash to ease any of the blended areas.

I think the look I managed to get so far is pretty good. Now to finalize the details.