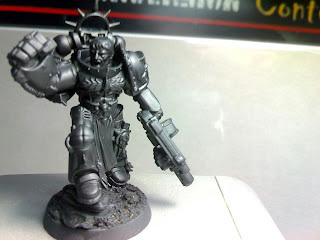 This was my second option for the recent Miniature Conversion Contest. I entered my Mephiston Conversion but thought I would share this one with you as well.


I saw a conversion of Tycho on Heresy Online which I really liked, especially the pose. So I went about trying to do something similar, pose wise, but different so as not to be a copy. 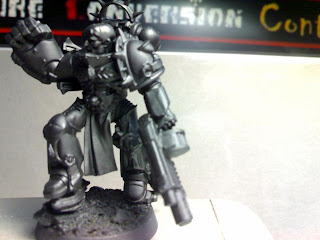 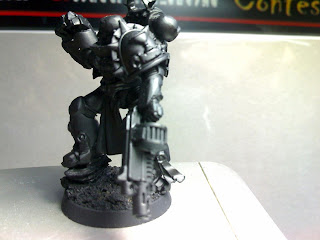 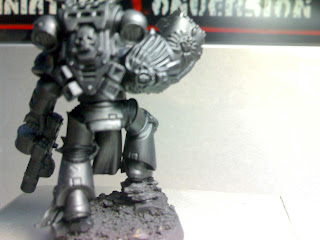 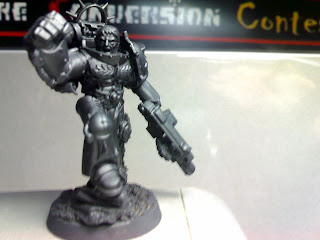 The conversion uses legs, left arm and torso from the Sanguinary Guard box set with the right leg cut and repositioned with a bit of greenstuff repair to look like he is standing with a leg resting on some terrain. The right arm / power fist or in his case 'Dead Mans Hand' and the head is from the Death Company box set. The combi-melta is a boltgun with the magazine cut off and barrel repositioned to accommodate the melta barrel, the magazine is from the Sanguinary Guard box set again.

I like the way he came out, all I need now is to decide on which colour scheme to paint him up in, Death Company / Sanguinary Guard  Gold / Normal Blood Angels Red ???? If you guys want to let me know which scheme you like best I will give that a go and post up the result.