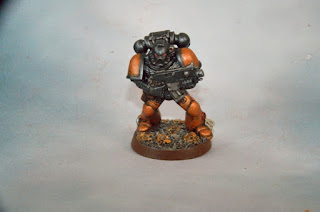 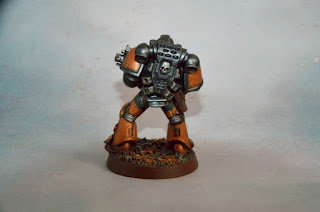 The obvious chapter to paint up next is the Tiger Claws!

I was using this picture as reference and started with a black primer followed by layer of watered down black paint. 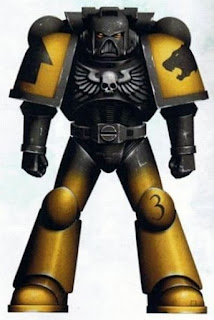 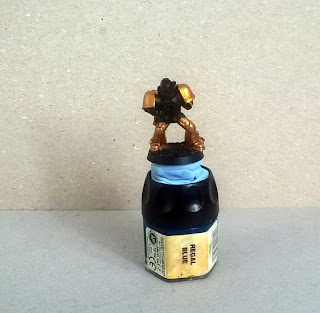 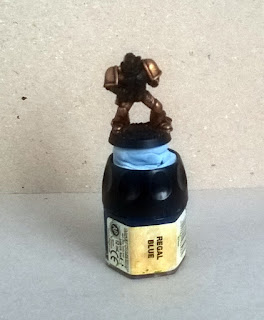 While I was painting the gold I was reading up on some of the background and realized that it should be orange not gold! maybe the name should have given it away..Tiger (black and orange) Claws. 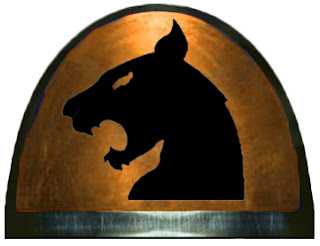 I repainted the gold with a custom metallic orange I mixed up for my Chaos Reborn faction and followed with a heavy wash of a 60/40 black/brown mix followed by another drybrush with the orange. The plan for painting the legs was to stipple the orange and black to merge the join where the colours meet but that was abandoned in favour of a brush smudge. 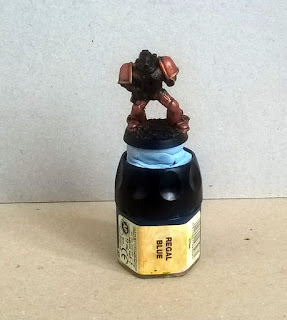 The rest of the armour was painted with my custom mix of metallic black, also finished off the rest of the details, scrolls, pouches etc.

I used dried tea (redbush) leaves for the base to tie the model and base together. Not sure if that worked as well as imagined because the leaves are very orange.

Like the Astral Claws a very nice looking scheme if not better and also pretty easy to paint. 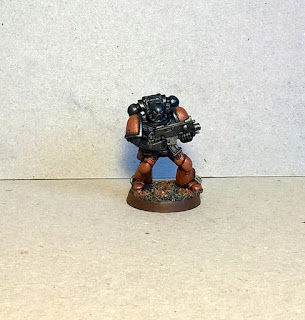 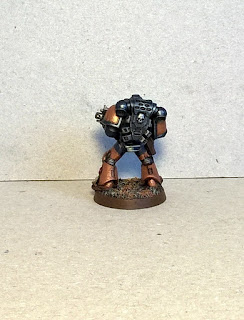