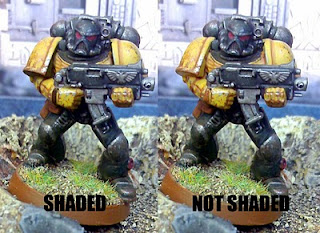 My own Space Marine Chapter has been neglected for some time now, mostly due to me still not being happy with the colour scheme. The last I did on them (several months ago now) was to improve the shading around the shoulder pads and joints in the armour of a single marine as per Ron at From The Warps suggestions, see picture above.

This small detail made a big difference to the end result  and the picture below is of the full squad before the shading was applied. 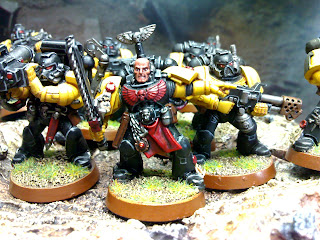 The pictures below are of the full squad after the shading was applied. 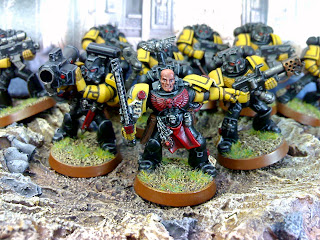 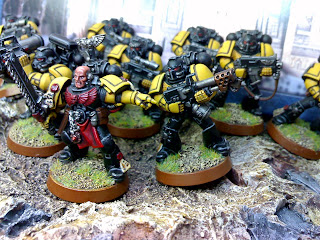 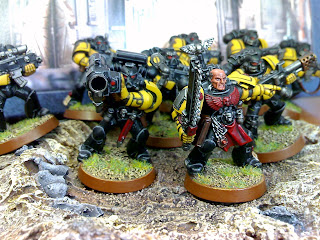 This small detail changed the entire look of the squad and I prefer it to the brown shading I used before.

The next step in my weathering process was to add the battle damage and then finally try out some weathering pigments/powders.

Stay tuned its coming up in the next post.